“Generation after generation, we have been driven by the quest for the perfect alchemy.

This is an endless quest, but it also provides a better understanding of our land, our wines, ourselves.” 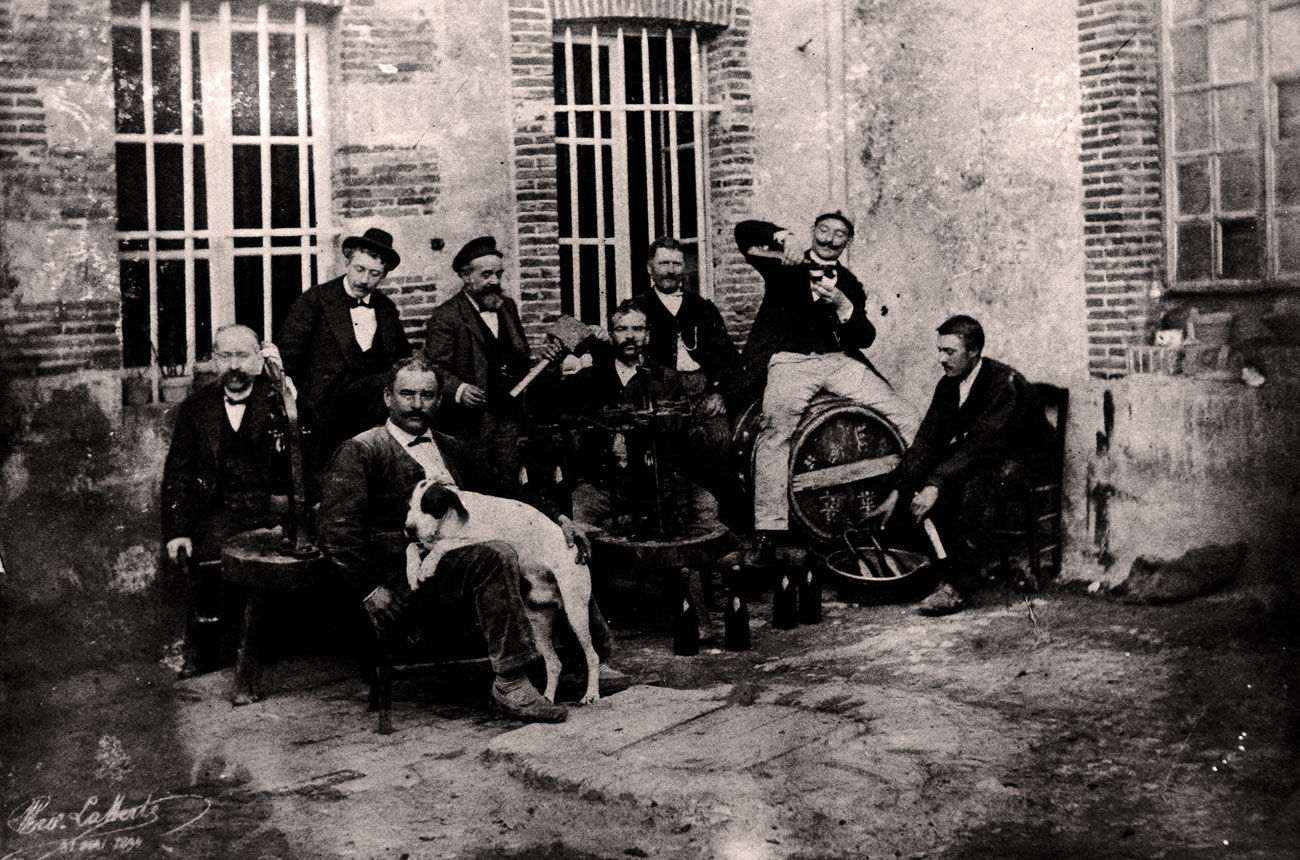 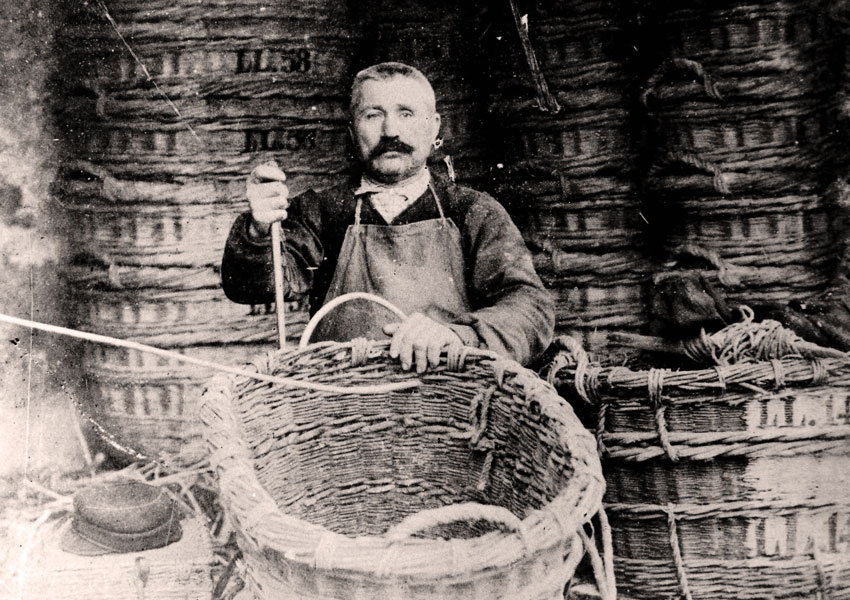 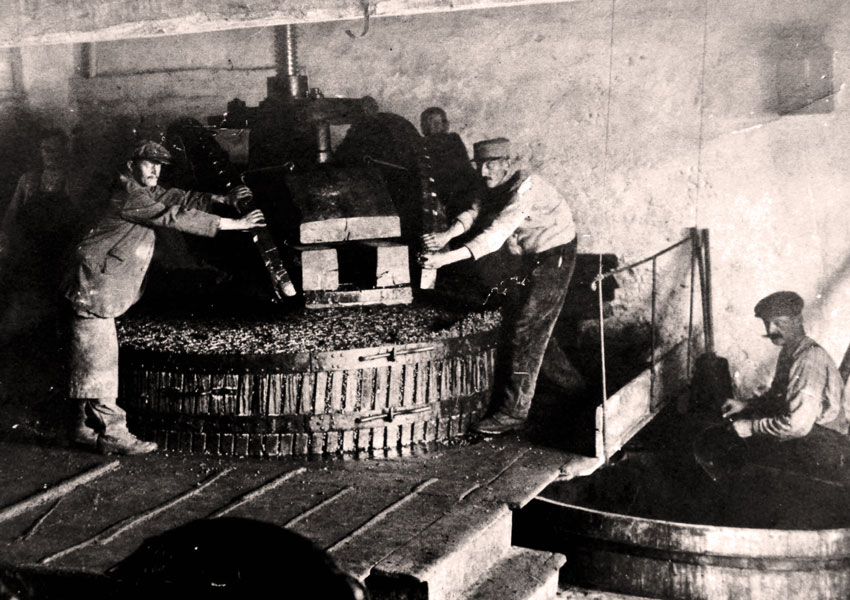 Jean-Baptiste Laherte set up the family estate in 1889, planting most of the vines in the village of Chavost, which was to become Chavot.

The estate gradually grew over generations, and covers today over 11 hectares through the Champagne region. The sixth and seventh generations are now working together to create wines that are just like them - pure, sincere and authentic. They share their experience and combine their efforts to make the most of this beautiful heritage.

Since 2005, Aurélien Laherte - the seventh generation - has been giving a new dimension to the estate, while following in the footsteps of his father Thierry and his uncle Christian, the Laherte brothers. Passionately, they promote the family’s values and continue to bring the best out of the terroir. 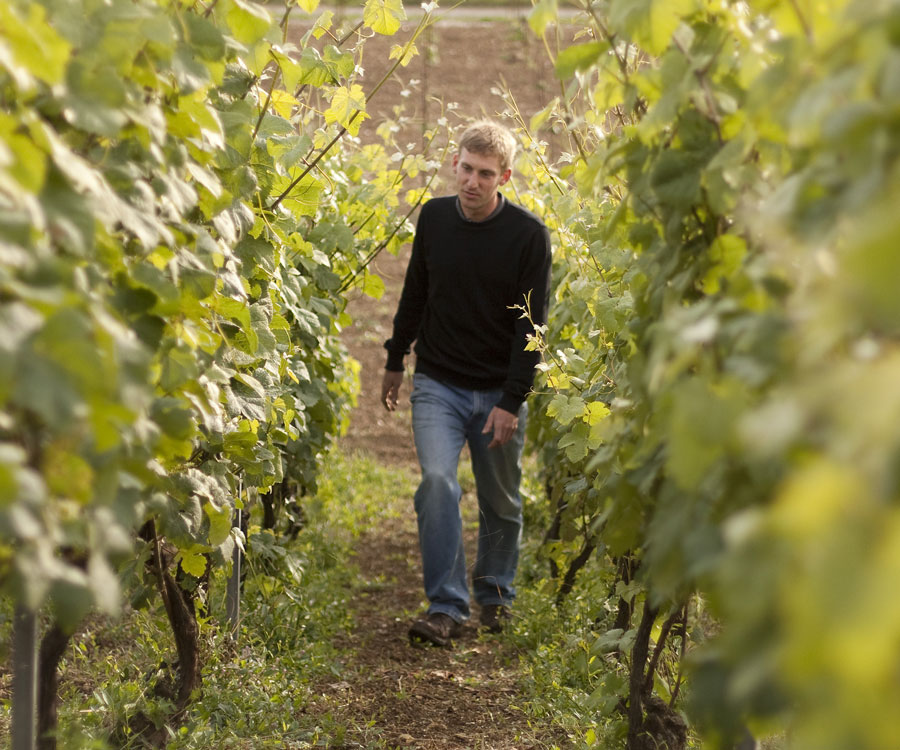 Our daily work is based on a wine-growing philosophy marked by traditions and a deep respect for our living heritage and for our land and what it offers us.

We have therefore decided to give priority to natural and dynamic work methods. 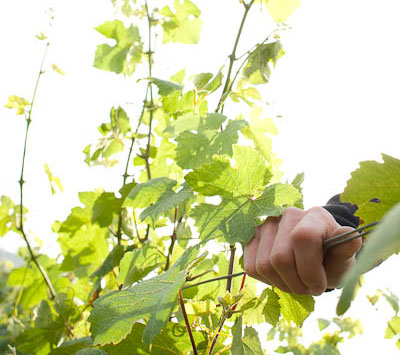 Throughout the year, we are fully dedicated to our vines and follow carefully their development. We are constantly on the watch to better appreciate their natural beauty, by observing, feeling, tasting, listening, touching.

Wine is mainly about sensitivity, about feelings. 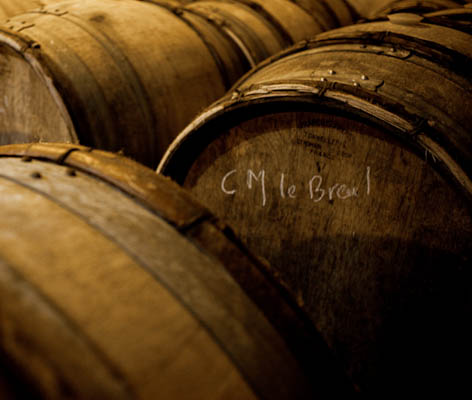 We have created a range of authentic, pure and unique Champagne wines – authentic like our land, pure like our terroir and unique like our work. At Laherte Frères, the expression “terroir wine” takes on full significance.

Today, 80% of the estate’s wines are fermented and matured in wooden receptacles (we own about 350 oak barrels, as well as 6 casks and 1 truncated-cone tank). This enables us to preserve and highlight the features of each locality and to let grow our wines, coming from 75 plots.

We think that the best way to make the most of our terroir is to reveal its intimate personality through our wines. Massal selection, plot by plot vinification, immediate and delicate pressing, and minimal dosage are key elements of our wine-growing strategy.

Because we are passionate about what we do, we follow a largely hands-off approach to allow the terroir to display its whole character. From the deep roots of the land to the cellar, we are continually striving to highlight the true nature of our vines. This conscious and sensitive approach, that has always been close to our hearts, shapes each and every Laherte Frères cuvée. 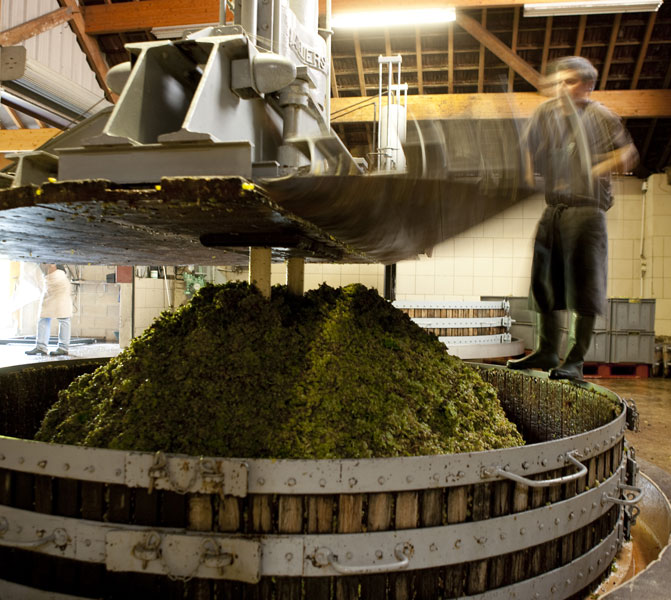 These so-called “author wines” are bold, with a strong personality.

They are lightly dosed and combine aromatic complexity and elegant minerality – this is a way for us to reveal some of our sensitivity and spirit.

A subtle and lightly dosed blend of Champagne’s three grape varieties – a return to basics.

The purest expression of the Chardonnay grapes coming from the Coteaux Sud d’Epernay and one of our most emblematic cuvées.

An interpreation of fruitness of Meunier, vinosity of Pinot Noir, and sapidity of chalk.

A rosé with a strong identity which brings the best out of our old Pinot Meunier vines, while offering density and deepness.

Chavot.
Dualité de Terroir :
Chardonnay on chalk with fine clay and
Pinot Noir on rich soils
with silex and limestone.

This wine highlights Chavot’s terroir and brings the best out of each particular harvest.

Vinified without any added sulphur, this wine naturally expresses the Terroir, the grape variety and our winemaking intuition.

An outstanding personnality, an aromatic energy coupled with an intense freshness.

The Ultradition essentials reflect the know-how of the Laherte Frères estate – genuine Champagne wines that go straight to the point and are the result of a continuous search for an optimal and consistent quality.

An exceptional mixture of delicacy and complexity that highlights our multiple terroirs and grape varieties.

A blend rosé coming from our old Pinot Meunier vines.

Our single vineyard cuvées and assemblage cuvées have something in common: they let the terroir express its full nature through the wine.

This is a meaningful approach for us as we sincerely believe in our wine-growing philosophy, based on the land of our ancestors.

This terroir wine highlights the Pinot Meunier’s complexity and nuances.

Chavot and Mancy.
silty and clay soils.
Chalk after 30 cm.

A great Champagne wine, a tribute to our ancestors and a celebration of Pinot Meunier.

The intense expression of our old Chardonnay vines combined with the strong personality of this Terroir composed mainly of soft chalk.

It all begins with the terroirs

Champagne’s soil is made up of a variety of micro-terroirs, with a chalky and limestone mother rock in the most interesting areas, which is essential to bring finesse to a great wine. 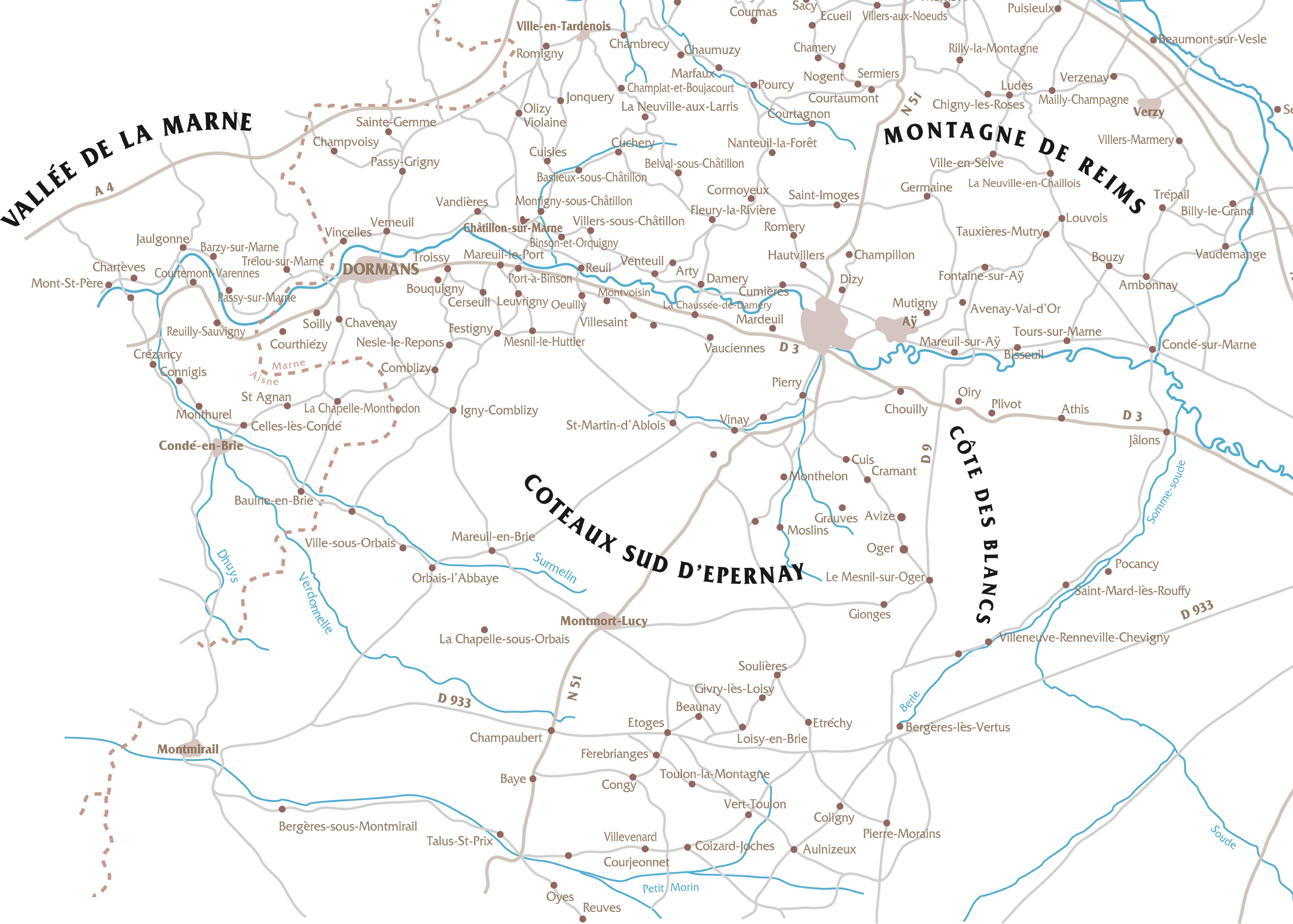 Since 2011, we have also been buying the equivalent of 4 hectares of grapes to winegrowers who share our philosophy. Those grapes come from the Montagne de Reims, Vallée de la Marne and Côte des Blancs areas. We try to preserve the singular nature of this terroir variety, which contributes to the richness and the diversity of the Laherte Frères wines.

Clayey and silty soils. At the top of a steep slope facing mostly North.

Clay and chalk. In the earth of the village.

Situated at the top of the slope facing due south.

Soft soils and chalk at 30 cm.

5 ares of Chardonnay.
36 ares of Meunier.

Middle of the slope. East exposition.

Bottom of the slope facing due south.

Silt and Clay. Subsoil with Chalk.

Dominant of clays and marls.

Situated at the top fo the slope.

Situated at the top fo the slope strong and fresh soils.

Silts and clays. Chalk after 1,5 meter.

shallow soils with clays, silex and stones from Kimeridgien period.

Situated at the bottom of the slope facing east. Soft soils and chalk at 30 cm.

calcareous soil of a clayey and sandy structure. Chalk at 50 cm.

This is our way of celebrating the terroir:
by respecting differences,
promoting unicity,
and letting the soil express itself.